Security Bank’s original charter was established in Manchester Minnesota in 1906. It was originally titled the Manchester State Bank.  In 1945 the Manchester State Bank was sold to brothers Art and Ed Lund. Shortly after, in 1946 the Lund brothers relocated the bank to a growing location on the North side of Albert Lea, where the bank is presently located on Bridge Avenue. It had been 14 years since a bank was in operation on this side of town. The site where the bank sits now has a long history dating back to 1908. Previous occupants were Northwestern Tanning Company, Bagan & Company Creamery Store, Dahl’s Grocery, and the Northside State Bank. Security Bank acquired a location in Emmons in the late 1960’s and acquired a third location in Alden in 2016. In Albert Lea, an auto bank was added in 1976, and a larger facility was constructed in 1981. The building now contained three times the ground floor compared to the existing building. The grand opening of the new building was held on June 20th-21st in 1981. Security Bank Minnesota celebrated their 95th birthday in 2001 with entertainment and lunch for the community to enjoy. The 100th birthday of the charter was celebrated in 2006 while the city of Albert Lea celebrated their 150th birthday. Another huge accomplishment in 2006 was the switch to being an employee owned bank. At that time, there was only 1 other employee owned bank in Minnesota and only 2 others in the nation. 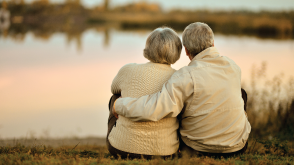 It's a Club for "very important citizens" and

that's what you are at Security Bank Minnesota!

Please do not include confidential information such as account numbers or SSN in emails.